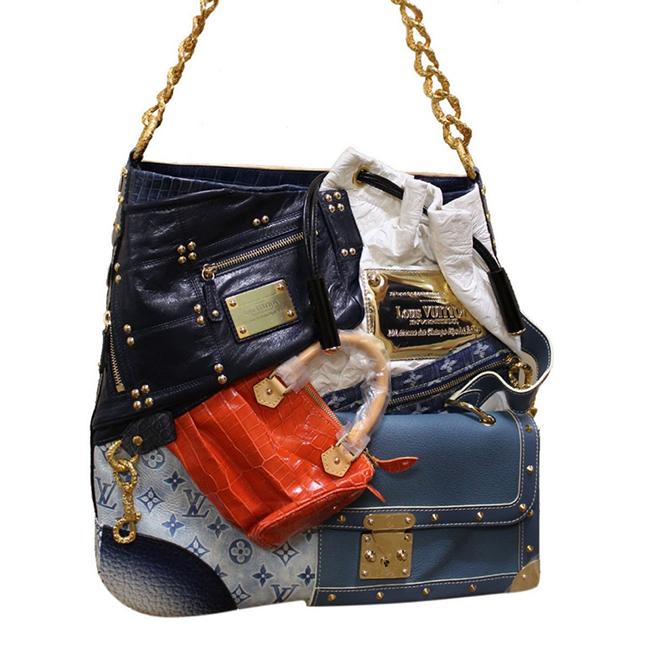 Patchwork handbags are literally the undead of the accessories world, having been revived more times than an extra in your favorite zombie movie. Patchwork bags first burst onto the scene in the freewheeling 70's, and nowadays are seemingly lurking around every dark fashion corner, waiting to feed on unsuspecting fashion enthusiasts. Patchwork bags always crop-up anywhere they might take advantage of bohemian flair - something that has become a fashion staple. Any time our fashion sensibilities take a turn for the embroidered, bellbottomed, or sandaled, patchwork handbags are never far behind. In fact, these bags have made so many laps around the fashion circuit, that most accessories experts would be hard-pressed to even be able to name all of the various permutations. However, one design house in particular seems insistent on reviving the patchwork trend. The brand? None other than storied giant, Louis Vuitton.

While Louis Vuitton has often been known to experiment with artist collaborations and mixed media bags for their limited edition collections, in the mid-2000s, at the height of the "it bag" renaissance, the company came out with what to many was at once considered the most covetable and the most hideous handbag they've ever launched. Enter the Louis Vuitton Tribute Patchwork Bag.

The bag was created using the parts of 15 different samples from the 2007 Spring/Summer cruise line. If we're completely honest, while well-intended, the bag resembles something that you might see at a flea market or slung over the shoulder of one of the characters from A Nightmare Before Christmas; the end result does not live up to the sum of all its parts. But perhaps the even more perplexing thing about this particular revival was the price tag; the Tribute Patchwork Bag ranged in price between $38,000.00 and $45,000.00! To top it off, the bag completely sold out. Granted, this may have more to do with the fact that there were only 24 of them made, but for many who have inspected this bag in the cold hard light of day; it's astonishing all the same.