The Welcome Arrival of the Mid-Range Designer Bag 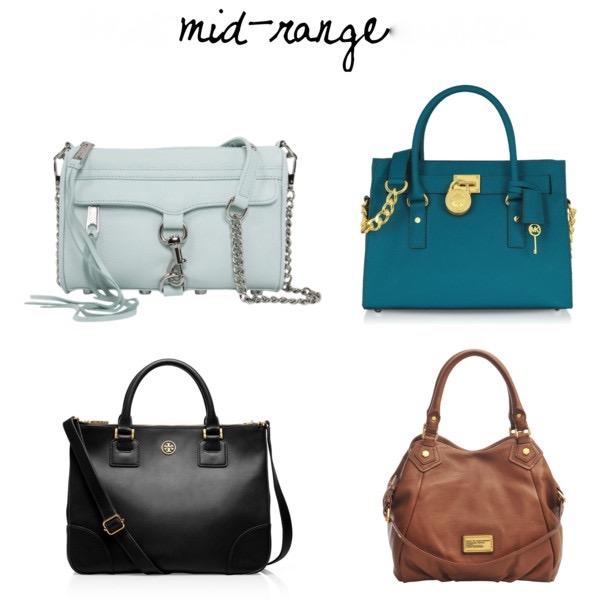 At the very peak of the “it” bag era, a very strange thing happened. Well yes, the market crashed pretty much killing consumer confidence, but there was something else; unexpectedly, the prices of designer handbags not only continued to peak, but actually suddenly took off, achieving new stratospheric heights.

A recent article in the UK publication, The Telegraph, documented this very phenomenon and they gave it a name. “Bag inflation”, as they called it, was not just about the successful marketing of high-end designer goods — it spoke to a new sense of entitlement that the new, “I'm worth it” generation possessed. Whereas once an aspiring customer could purchase their first high-end designer handbag for just shy of a grand, this new surge in price meant that a new monetary benchmark for what the Telegraph called “entry point” bags was no longer within the grasp of all but the most well-to-do fashion lovers.

This phenomenon persists to this day. Many classic designer handbags that are on every fashion editor's “must have” list still have entry price points that are quite simply, eye-wateringly expensive. A perfect example of this is Chanel's classic Medium flap bag. In 1990, you could purchase the bag for about $1,200. Fast-forward to 2009, the price went up to $2,700, and in 2013, the price for the very same bag was $4,400!

The Telegraph cites designer Michael Kors as the first designer who really “democratized” the world of luxury handbags. While he had a bit of a rocky start in the early 1990s, his timeless, elegant styles have now been lapped-up by an eager public, at price points starting well under $1000. Fast forward to 2013, and what the Telegraph is calling the “mid-range bag revolution” was really and truly underway. Brands like See by Chloe, Coach, and Marc Jacobs (just to name but a few) have jumped on the bandwagon. These days, just about every design house with a leather goods division has a mid-priced handbag line, and we think that it's none too soon.