Coming Soon To A Wardrobe Near You: The Fendi DotCom Bag 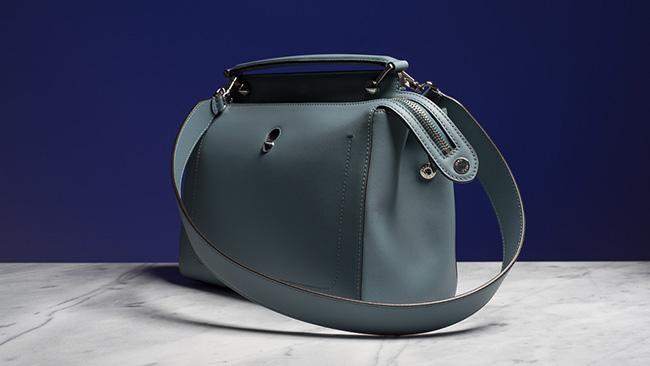 For the past several seasons now, Fendi has really proven again and again that they know a thing or two about making bags that women want to carry. So much so, that it seems impossible that they can keep up the momentum — yet that is exactly what they appear to be doing. Following the success of their more recent success stories like the Peekaboo and the 2 and 3 Jours handbags, Fendi seems to have cracked the covetable handbag code yet again, and this time, the bag hasn't even been released yet.

By all accounts, the DotCom bag is a worthy successor to the last popular offering form Fendi, the By the Way bag. The DotCom offers many of the same sleek and minimalist design elements of the By the Way, but this time with a little more room, a few more pragmatic details, and just a hint more stiffness to the leather making it slightly more serviceable for carrying your daily necessities - if not a bit heavier, but not so much that you will be put off by the idea of carrying it while you shop.

In keeping with their reputation for being able to create an instant classic every season, Fendi has even released their preview of the DotCom in one of Pantone's chosen “it” colors of the season, “serenity”; a cool, light blue with steely undertones that read more like a neutral than a candy-colored pastel. Against the sleek design of the DotCom, the juxtaposition is just what we want to be carrying right now.