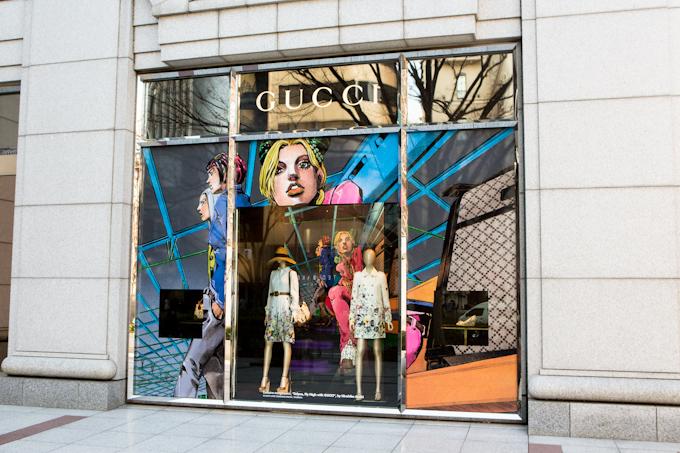 Frida Giannini, Gucci's creative director, has teamed up with Hirohiko Araki, Japanese manga artist, for Gucci's 2013 window displays. What is manga? Manga are comics created back in the late 19th century. In Japan, manga is popular amongst all ages. Anyhow, what does this collaboration entail?

Frida and Hiohiko have created the masterpiece called "Jolyne, Fly High with Gucci" and the artwork will be displayed at Gucci store fronts all around the world only until February 2013. You better hurry and check out your local Gucci store before it's too late.