Stuart Vevers: A Man of Many Bags 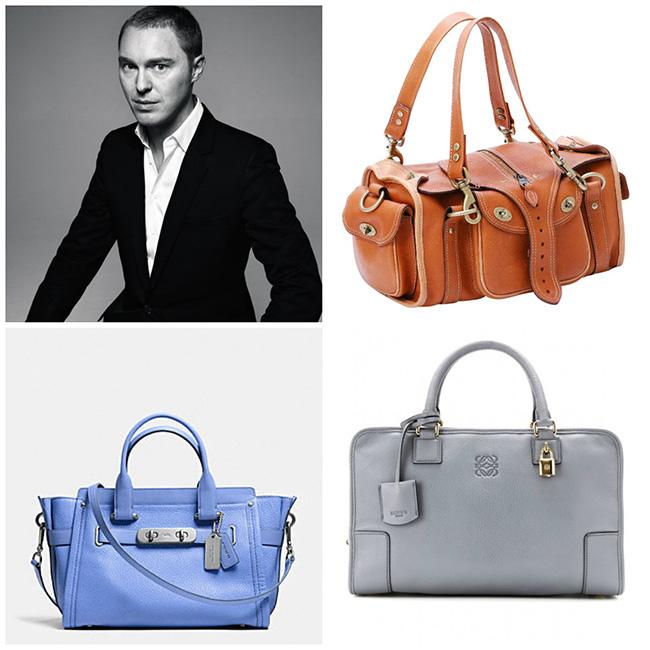 Even if you don’t recognize the name, you’re already well acquainted with Coach’s new executive creative director Stuart Vevers - you just never realized it. Vevers is a handbag golden Boy of sorts; it seems that every bag design that he turns his hand to becomes an “it” bag. Remember the Luella “Giselle”? That was him. How about Mulberry’s “Emmy”? Yep. That's him as well.

Up until his new appointment at Coach, his most recent triumph was the “Amazona” tote by his last employer, the Spanish design house Loewe. However, all that is likely about to change. Vever’s first collection for Coach promises to live up to his well-earned reputation for having a bit of the Midas touch where handbags are concerned. His spring 2015 collection for Coach consists of both a handbag collection and a clothing line, and if the fashion is anything to go on, Coach is going to be having a bumper year across the board.

In an interview with Vogue magazine, Vevers explained his approach to revamping the Coach brand by talking about trying to achieve a “balance between utility and luxury”. For Vevers, whose experience lies chiefly in working with European luxury brands, he relished the challenge to work his brand of magic on an American heritage brand like coach. By all accounts, his first collection pays due deference to the brand’s long history of sporty, American design. As Vogue pointed-out, all of the “Coachisms” that we have come to love will be there; the turn-locks on the handbags, the rainbow of jewel-toned hues — they are all in there, just better. As Vevers himself says, “transformation is faster if there is something familiar, something that people can connect with.”