The Psychology on Luxury Handbag Obsession 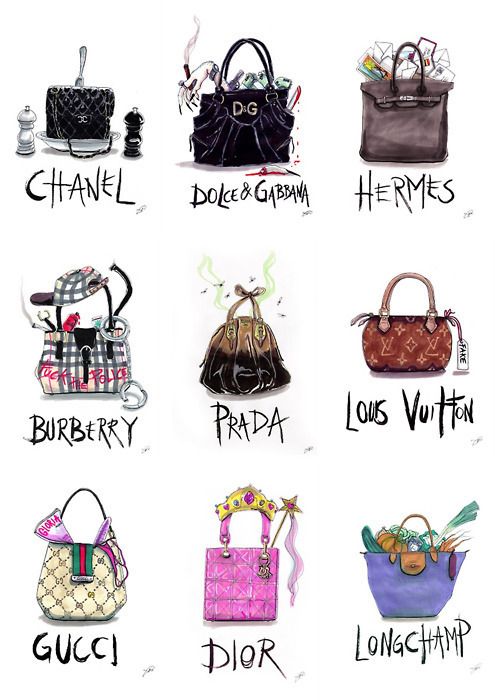 It may puzzle others why there are people who would spend a fortune on handbags; while others simply just buy any bag they find convenient and don't put too much thought into what they are carrying, or some don't even care about branding at all and just buy what they like. Obviously, a woman may have a whole walk in closet of handbags if she is wealthy; but what is really going on for those whose salary doesn't exactly add up to their luxury handbag extravaganza or even pay top dollars for a fake one? There are people would go to great length just to get their hands on that designer bag. Among the top motivation for splurging on luxury bags are: Status Symbol, Versatility, Brand Loyalty, and Resale Value.

After WWI, when there was a huge increase of women in the workforce, for a woman to carry a handbag was a sign of independence. To carry such an expensive bag, was to let the world know that they've worked hard for it. Now, in the 21st century, more women are flaunting their bags more than ever. In addition, to be bag-less can even be seen as more prestigious, as it can mean that you have someone carrying it for you (personal assistant, or even your boyfriend!), or that it is left in your car.

"Along with showing off personal taste, a handbag suggests economic prosperity and acts as a soupcon of the childhood security blanket." -Alexandra Shulman, The Psychology of Designer Handbags, Business of Fashion.

In addition, the status symbol does not only apply in the financial realm but as well as in relationships. In classic times, if a woman was seen parading around her bag rather than having it hidden within her clothes, that would be seen as scandalous, as it was the equivalent of wearing your underwear in public; so it was a very sexual move for a woman to do so, since she would be presenting her "bag of personal objects" to the world, even though inside would merely just be a fan, perfume, cosmetic, and the such. For a handbag to seen as a sexual object to one of freedom and independence, many layers of complexities lays within the mere power of status symbol. Men are able to turn the table around, and use the handbag to send signals to women his ability to level up in the status symbol game, buying luxury handbags for their partner shows off their own status, and in return when the woman is carrying the handbag, it shows the world the type of man she is with. According to studies, a handbag is also used to ward off rivals in her social circle, other women respects or are intimidated by women who wears luxury bags, and were less likely to pursue a taken man if his partner wore luxury goods purchased by him; and in addition women perceive that the man is devoted to that woman; though this is not always the case and is not always too effective.

"The power of the handbag still reigns as superlative despite the shift in its purpose." -Olivia-Zara Burgher, Psychology of the Designer Bag, Capital Moments.

You may've heard of or experienced being treated better when you walk into a store all dressed up. People tend to make assumptions upon appearance. If you were wearing a casual bag and a fancy outfit, it'snothing compared to holding a fancy bag while dressed in a casual outfit, the bag says it all, even if you're simply just wearing your sweats! After all, a handbag is a woman's most intimate possession, as it has her daily survival kit; from cellphone, keys. money, makeup, personal hygiene and grooming, etc.Who wouldn't want the best "home" for their private belonging? Even if one were to be a picky shopper when it comes to clothing, they will willingly throw money at bags!

"Whether we want to admit it or not, we are influenced by how others are dressed, and treat them accordingly. Being aware of how perceptions influence reality, we should also remember that anyone can dress the part, and it is time well spent to get to know the person beneath the persona."- Wendy L. Patrick, Ph.D., How a Designer Label can drastically change your image, Psychology Today.

Your wardrobe may change, but not so often your bags. Therefore, you have to invest in a bag that will last time after time and being versatile with any outfit. You don't have to worry as much on sizing when it comes to a bag either. A luxury bag can upgrade any outfit; and last longer than a garment as it doesn't go through the laundry cycle.

What better way to support your favorite brand than to wear their products? An impression of a brand's image can portray certain characteristics and values; therefore the wearer would carry the brand to get respect and have others perceive, and treat them in certain ways. It's not the products that businesses sell, but rather they sell outcomes and emotions, the consumer wants to know what identity the product is giving them; who do you become after carrying this bag?

"Luxury buyers are primarily concerned with what their looks say about their identity, and oftentimes their identity is aspirational." Katie Kilkenny, Pacific Standard Magazine.

The luxury resale industry is growing at a rapid pace. Bored of your bag or simply just a long-term investment? Over time the value of a luxury bag can increase, especially with exclusive items, and over time your bag can be considered "vintage" for vintage bag collectors as well. Even if you are selling it less than the price you bought it for, it's a better deal than reselling a low-priced bag.

"Value is based on a variety of factors, including condition, packaging, age, demand, and exclusivity." -Michael Parente, The San Diego Union Tribune

Fun Reads I've Found if You Want to Dig Deeper into this Topic!