Accessorize Like the One Percent: The Pure Gold Kelly Bag 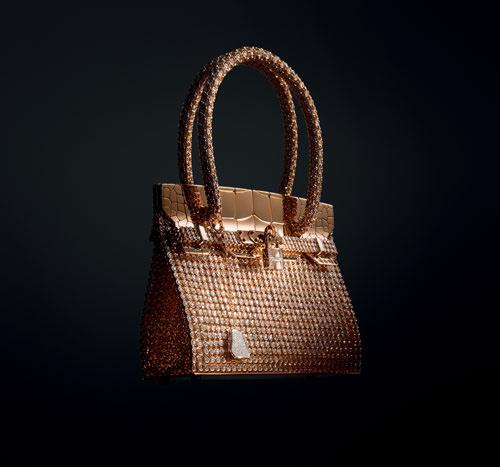 You might think that between ten and sixty thousand dollars is quite a lot to spend on a Hermes handbag, and you would be right. At a recent handbag auction at Christies (the first of its kind), some limited-edition pre-owned Hermes bags went for as much as sixty thousand dollars. However, you might also be surprised to know that a sixty thousand dollar bag is not Hermes' most expensive bag that has ever been on the market.

Back in 2012, the financial markets were in turmoil and fashion responded in kind with a push towards more spare and minimalistic designs. Designers largely eschewed heavily embellished and logo handbags in favor of clean lines and utilitarian design. Everyone that is, except Hermes.

While design houses like CÃ©line and Saint Laurent were producing bags that oozed quiet austerity (and proved to be some of their most popular designs to date), Hermes was quietly defying popular austerity measures and launched a super-exclusive series of only four special-edition Kelly bags. Exactly what made these bags so special? As a starting-off point, they were crafted out of pure, 24 karat gold.

Coming in at a price of just around $2 million per bag, these special-edition miniature Kelly bags were each a unique design, made in a very small quantity as to ensure their exclusivity. With the help of jeweller Pierre Hardy, each of the four handbags was adorned with nearly 1,500 diamonds; a painstaking process that took nearly two years to complete.

In an interview with Marie Claire, a spokesperson for Hermes conceded that although it was a strange time to be launching an Ã¼ber-luxury handbag line, the company was confident that the gold Kelly bags would sell. They did - once again proving the relative impenetrability of the luxury goods market in the face of austerity.